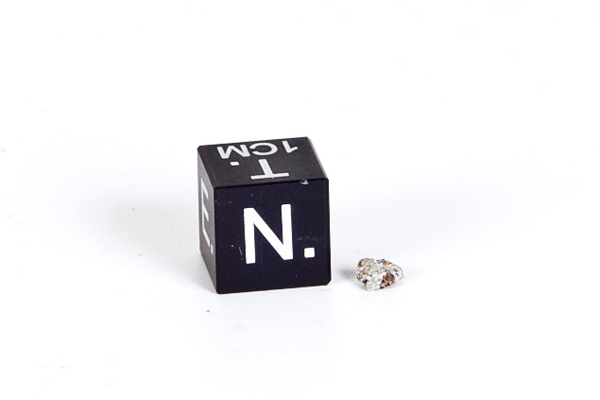 According to a report of the French divisional general Dorsenne from the Burgos headquarters to the French Institute, a violent explosion comparable to a loud cannon shot was heard near the Spanish village of Berlanguillas, on the road from Aranda to Roa**, on July 8, 1811, at 8 o’clock in the evening, out of a clear, serene sky; another three followed; then a forth like infantry fire.

Several farmers in the fields heard this noise were frightened; it was like bullets whistling past their ears; in the soil that was blown up, they saw something fall; they went to look for it; it was a glowing-hot stone.

Two or three other stones had fallen about 60 steps around them. Even the commanders of Aranda and of fort Cachabon, which is 7 hours distant, had heard the three cannon shots, the musket fire, and especially the whistling bullet-like sounds. They sent out patrols on reconnaissance in every direction, though without spotting an enemy.

On the nearby hills, idle people had assembled because they thought they would soon see the spectacle of an encounter. When the patrols came to Berlanguillas, they found the true cause of the noises and the mayor gave them two of the stones that had fallen from the sky.

Additional information on the stones that fell

In addition to the reports by General Dorsenne on p. 116 of the previous volume of these Annals, I’d like add the following circumstances from his report:

The commanders from Aranda and from Fort Cachabon, which is about 28 km (French la lieu = ca. 4 km) from Berlanguillas, had not only heard those 4 explosions but also the whistling sound of the stone.

The four, pellet fire-like explosions lasted one minute. The stone had penetrated the soil to a depth of 8 inches and the soil surrounding the stone was very hot and completely red (rougie); the farmers claimed to have seen a distinct shadow in the air (presumably smoke).

The two stones, which the troups received from the alcalde (= mayor) and the largest one of which General Dorsenne sent to the National Institute, were all of the same color.